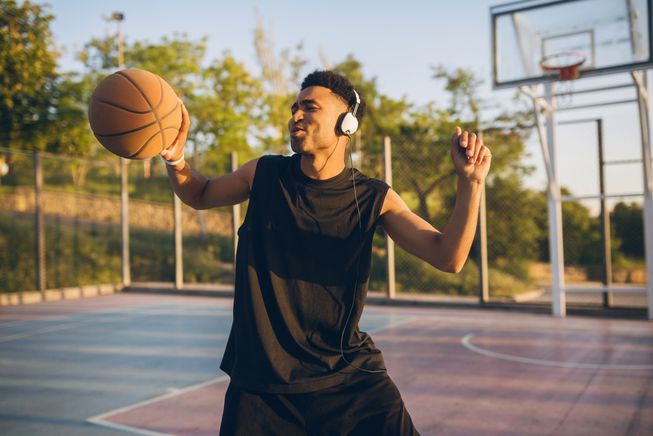 If you’re looking for a healthier brain, my friends, it could be time to get sporty! At least, that’s what a new study indicates.

Published in the Sports Health Journal, researchers in this study found that elite athletes have lower amounts of static in their brains than non-athletes, which helps them to hear better (https://northwestern.app.box.com/s/j1rfguxv9t9bfrr3pmwlei6xwmjc367t).

Across the five-year analysis, the research team studied the neural processing of sound as it relates to sport concussions. A total of 495 Northwestern University student athletes took part, with 493 non-athlete students matching in age and gender used as the control group. The researchers took a look at the brains of all the participants via scalp electrodes that recorded the electricity the brain produced when it responded to sound. The aim of the study was to see if the results would allow the researchers to determine when an athlete is ready to return to sports after a concussion without risking any more brain damage.

Northwestern University study leader and neurobiologist Nina Kraus said that when your brain is exposed to an environment rich in sound, it’s likely you will have less neural static. People who grew up with less musical and linguistic stimulation may have a “noisy” brain, which can make it more difficult for the brain to figure out auditory input. According to Kraus, the brain is always looking for information, and it will generate electrical activity when it is not getting enough. What it creates, however, is random, static-like activity that may interfere with how the brain processes sound.

According to the study, when the brains of athletes were compared to those of non-athletes, the athletes’ brains were better at processing sounds coming from the outside–such as a coach calling from the sidelines or a teammate shouting a play–by reducing the background electrical noise in the brain.

Keep in mind that going sporty may not be the sole way to improve how your brain responds to sound. Other studies have shown that playing an instrument or learning another language can also boost your brain’s ability in this area. Of course, being physically active still has its own benefits, with Kraus noting that physical activity appears to be correlated with a quieter nervous system. When your brain and nervous system are healthier, you’re in a better position to handle injuries and other health issues.

Simple Tricks to Exercise Your Brain