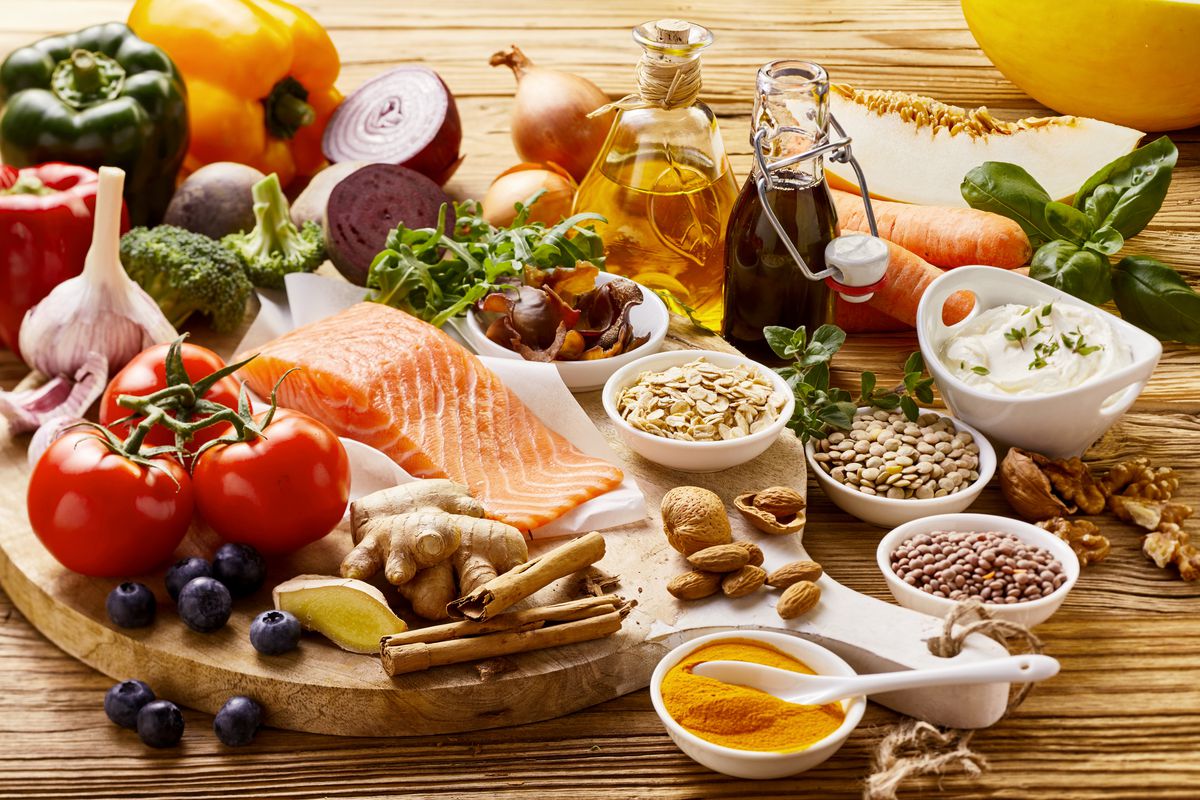 What’s up, waist watchers? If you’ve ever gotten frustrated by the scale or just feel like you’re a few pounds off from where you used to be–and who hasn’t?–I bet you’ve tried whatever diet was popular at the time. From Atkins to Keto, we’ve seen several diets come and go, but there is one that has stood the test of time which is the Mediterranean diet. While the name is a little misleading–there are several countries along the Mediterranean and they don’t all have the same diet–the hallmark of this dietary mainstay is a focus on foods that are as whole as possible.

If you’ve never tried this diet, research shows that it’s time to consider it. One review of over 30 clinical studies, which was published in the Journal of the American College of Cardiology, found that this diet helped people lower their blood pressure, reduce their belly fat, improve their blood sugar levels and boosted their HDL cholesterol when compared to people on just a typical low-fat diet instead (https://www.ncbi.nlm.nih.gov/pubmed/21392646).

Since the Mediterranean diet also usually includes fresh seafood, it’s a diet rich in omega-3 fats from animals, which may even lower the risk of heart disease in someone who is already at a higher risk due to high levels of triglycerides or LDL cholesterol.

This type of diet has potential benefits for longevity, too, as another study published in the Annals of Internal Medicine found that the women participants who closely followed the diet while being in their 50s and 60s were 46 per cent more likely to live over the age of 70 without any cognitive issues or chronic illnesses. Additional studies conducted on this diet have indicated following the Mediterranean diet could possibly lower your risk for Alzheimer’s disease, but it’s not exactly clear what the link is yet–people following the diet may just be making healthier choices in general–and more research is still needed.

Once you’ve tried a lot of the diets out there or just had a bad experience with one, it can be tough to consider trying another one. But, my friends, keep in mind that research shows the Mediterranean Diet has helped many people shed some extra pounds and comes with some side benefits, too, and it’s not nearly as radical or difficult to follow as some other diets from the past.

Stress May Be Eating Away at Your Healthy Diet

How To Burn The Stubborn Belly Fat

What Is The Best Diet?