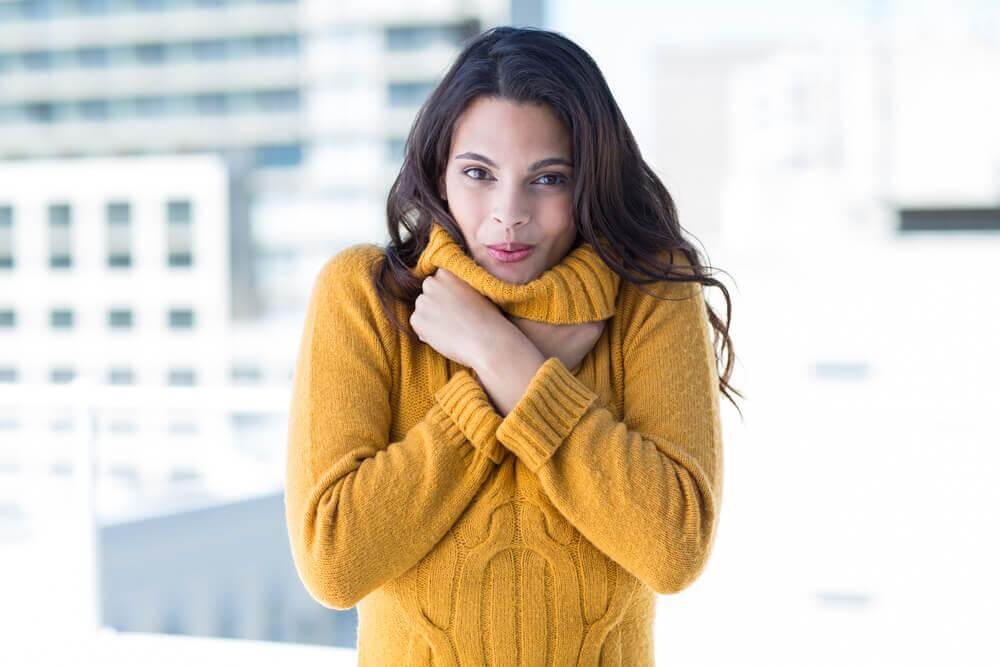 Hey, if you feel like you’re in a furnace all the time, you’re not alone–I’m often peeling off layers as clothing as soon I get anywhere room temp or warmer!

But, as I’ve noticed from friends and relatives, that’s not always the case for women, and now we’ve got some research that may explain this biological difference.

Our bodies use a complex system to maintain a body temperature that protects organs and other internal systems. For more than a century, the “normal” has been set as 98.6 degrees Fahrenheit. This standard temp is affected by the environment, the time of day, your level of physical activity, and other factors. For years, that magic 98.6 number has also been used to indicate ranges for illness.

It’s this illness range that researchers sought to test in a study published in the Journal of the American Medical Association (https://jamanetwork.com/journals/jama/article-abstract/400116). For this study, the temperatures of 148 healthy women and men were taken throughout the course of three consecutive days. The researchers found that rather than 98.6 degrees F being the mean temp, it was 98.2 degrees F. This meant the upper limit for a fever was not the historical 100.4 degrees F but rather 99.9 degrees F.

Another study, published in the Journal of General Internal Medicine (https://link.springer.com/article/10.1007/s11606-018-4610-8), was conducted for a period of 15 months and involved 329 men and women. In that study, the researchers found that the average normal temperature was actually 97.7 degrees F, with fever defined as a temp of 99.5 degrees F or higher.

Dr. Jonathan Hausmann of Boston Children’s Hospital, who gathered the data for this study, noted that the idea of a “normal” temperature is actually a flexible concept rather than a fixed one. According to Hausmann, having a 99 degrees F temp early in the morning is not normal, whereas having that same temp later in the day can be completely normal.

In both of these studies and other temperature studies, researchers noticed the data showed the women’s average temperature was higher than the men’s. This could mean that cold air feels even cooler, which could explain why many women feel colder when men may not. Reproductive hormones, such as progesterone and estrogen, can also impact a woman’s core temperature.

The differences in the historical normal body temps versus what data has shown and the variances between men and women can very well come into play when we consider temperature limits as an illness indicator.

Just How Hot Are You?